Our friend Johanna and Gus finally decided to get married on 25th of July 2022.They planned to celebrate wedding ceremony in Sao Paulo (Brazil) as parents of Gus are residing there. Upon their invitation, we decided to attend marriage ceremony and visit Brazil for the first time in our life. We flew from Luxembourg to Frankfurt where we had to stay as transit passenger for 2 hours but unfortunately due to thunder storm, our flight was delayed for more than 8 hours and next day we flew for Sao Paulo by Lufthansa airline. Wedding ceremony was very graceful and we had the opportunity to meet their parents. 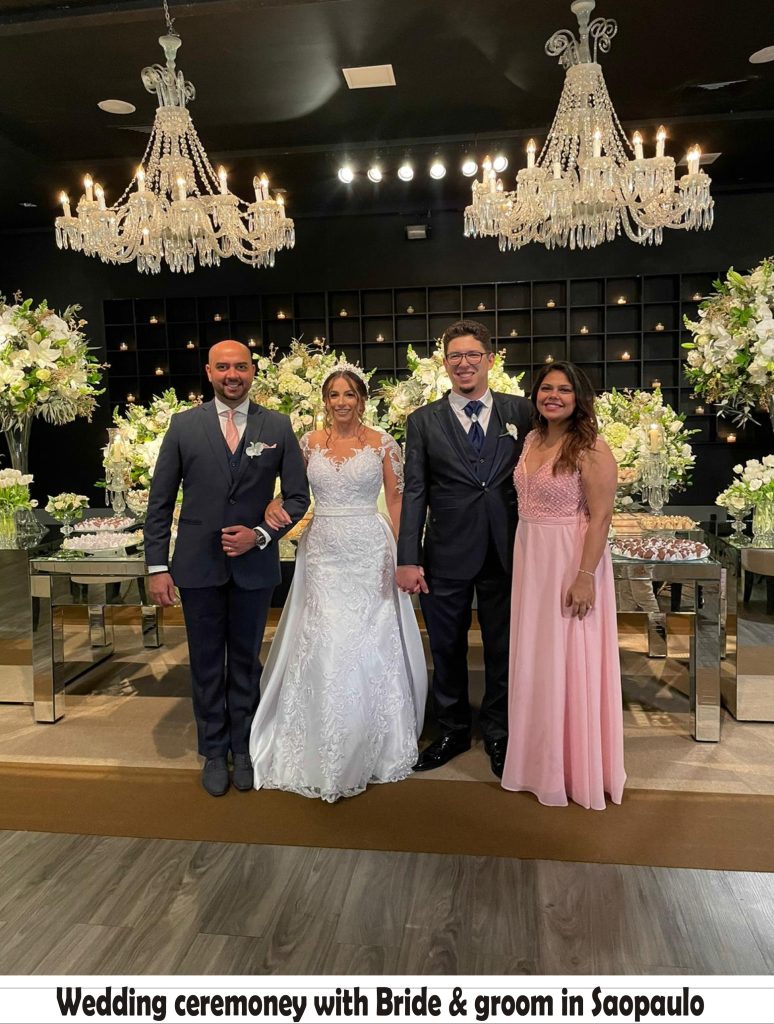 membership in Brazil. Accordingly, there are two “Paulistas” soccer groups in Brazil’s Serie A: Ponte Preta and Santos FC.From Chinese to Congolese, Portuguese to Palestinian, the listing is endless. Of course, being the biggest town in the country, São Paulo additionally attracts Brazil’s satisfactory chefs, who have all opened eating places in the metropolis, serving the best meals the country has to provide. 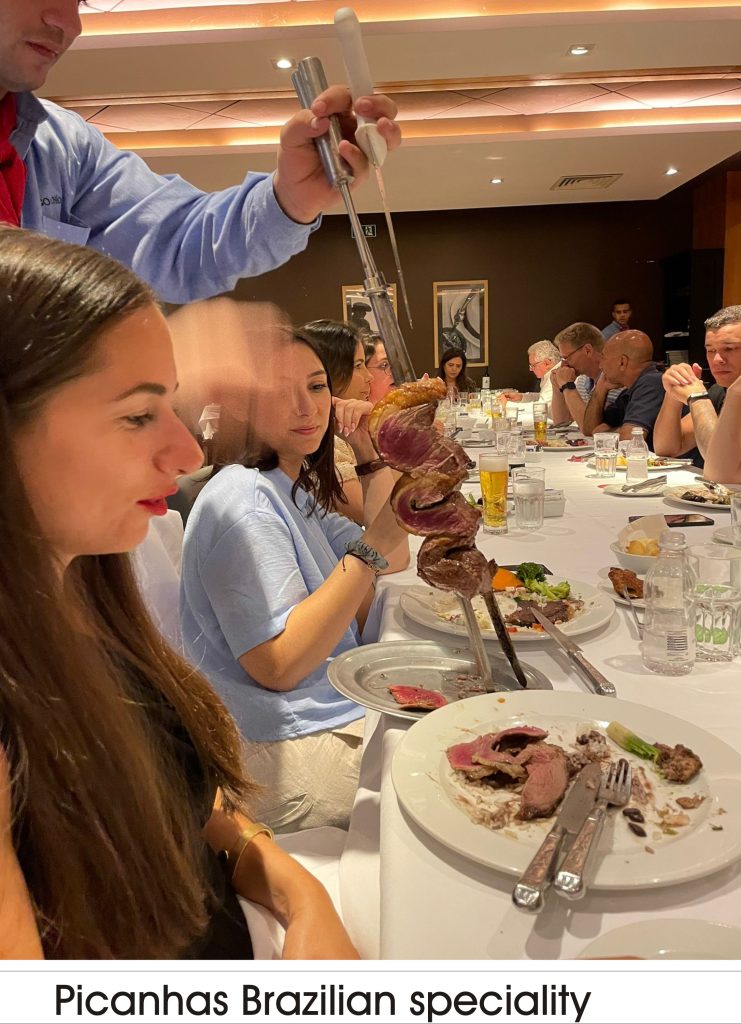 You will often hear from Brazilian people saying “ It is the best in Brazil” The food, the dancing, the women, the beaches and the football.

São Paulo is additionally home to the large population of Japanese humans backyard of Asia. Japanese immigration to Brazil began in the early 1900s and nowadays the community’s population is believed to be round 1.5 million. The Japanese Liberdade local is presently one of the most famous traveller spots in the city. This neighborhood has its personal newspaper and many road names and storefront banners are written in Japanese. Moreover they have a good time all the fundamental festivities, such as Moti Tsuki, Toyo Matsuri and Tanabata Matsuri. In addition to a very large Japanese population, the town is additionally home to several Italian, Lebanese, Korean and Bolivian communities.Having the greatest Italian neighborhood in the country, the town has greater than 6,000 pizzerias that produce greater than 1,000,000 pizzas per day or 720 per minute, with revenues of round R$4 billion per year. Pizza is one the preferred ingredients of any Paulista.

The city of São Paulo has the greatest helicopter fleet in the world with 210 heliports in the metropolis the place about 1,300 air crafts land and go away daily. Every 5 minutes, at least four helicopters land or take off from one of the city’s many tall buildings.

The city has the biggest overtly homosexual neighborhood in Latin America, and each 12 months hosts what is viewed to be the greatest Gay Pride Parade in the continent. during last few years, greater than two million people attended the event. There are many hotels, bars, golf equipment and church buildings catering to the community. In 2012, the São Paulo State authorities created the Museu da Diversidade (Diversity Museum) to retain the cultural heritage of the LGBT neighborhood in Brazil.

GLUE OF THE NATION.

Football is the glue that holds the Brazilian nation together. The indisputable advantage of football over other sports is the simplicity of the basic rules that allow any approach to understanding the game. As in all countries of the world football training in Brazil is fast approaching. Yet it converted to another religion after official Catholicism more than anywhere else.The most popular teams are the teams with the most fans in Brazil and the three teams with the most wins. They are: Flamenco Corinthians and São Paulo. Flamengo has the most fans in the world with 32.6 million fans. It is the most popular team in Rio de Janeiro having won six Brazilian national titles and one Intercontinental Cup. It is one of only three teams in history to have never been relegated or relegated from the Brazilian Serie A. The other team is Corinthians with 23 million supporters. The team from Sao Paulo has won the Brazilian National Championship four times and the Club World Cup once. Last is Sao Paulo with 15.3 million supporters. It is the third most successful club in Brazilian football and one of the most successful since Serie A was founded in 1971. Sao Paulo has won the Brazilian national championship six times and has won three world titles: two Intercontinental Cups and one FIFA World Cup.

The City is massive, historic, high-class, and very international. As a result, Sao Paulo is home to some of the fantastic museums, restaurants, streets,. However   level of drug addiction is very high and it looks like a poor and criminal state.

Motels, specifically if they are cheap, are famous amongst homeless families. They are safer than the streets and they furnish a respectable quantity of space. They are additionally pretty affordable. However, they can be uncomfortable to stay in due to the fact of terrible prerequisites and lack of maintenance. Leaking roofs, tight spaces, and unhygienic kitchens are simply a few examples of the troubles a household can anticipate to face. More importantly, when the cash runs out, the household is compelled to go returned on the street.They also  sleep in Parks, footpath ,Abounded building.

Metropolitan area, which includes 38 smaller cities around the capital, the population is almost 19,000,000 inhabitants. In Brazil, 81.3% of the population lives in urban areas even though the amazon rain forest covers up to 57% of the total area of Southern hemisphere’s largest country.Language is biggest problem here majority of population don’t understand or speak English. Condition of road is worst,poverty  is main  reason of high crime rate.While traveling to Brazil tourists are advised to take care of their belongings.

If you enjoyed this post, I’d be very grateful if you’d help it spread by emailing it to a friend or sharing it on Twitter or Facebook. Thank you!