It’s time to fly back home. I am going through the same rush and chaos that I went through when I was leaving Pakistan to come to Switzerland. Cleaning up my room, paying bills, closing accounts, sending my luggage freight, packing my stuff and last minute shopping. It’s no different right now as I finish my assignment at the Nestle HQ in Vevey and head back to Nestle Lahore office. What a year it has been. I have done a fair share of traveling but this was my first time in Europe. This was not just a vacation. It was about living in Europe. I was pulled out of the life I was so used to and put in a small town an hour away from Geneva with no family or friends. When you live on a different continent it’s funny how all of your five senses are exposed to things completely unfamiliar to you.  This note is an account of some of what my five senses encountered in Europe and specifically Switzerland.

Comparison of Swiss and Pakistani village

Switzerland through the 5 senses.

More than 60% of Switzerland speaks German, 20% French, 10% Italian and the rest is a mix of all other languages. Most people understand English and speak bits of it, but it’s amazing how on the day I landed here, within an hour, on my way from Geneva to Vevey, I heard atleast 5 different languages being spoken around me. As soon as I traveled out of Switzerland, within an hour the language around me would change from French to Portuguese, Italian, Dutch or the various dialects of German. Yes, There is a German-german and then there is a Swiss-german.English was spoken and understood in most cities but with some difficulty. In these few months, I have heard English being spoken in countless accents. The French bring in their nasal sounds and the rolling of the ‘Rrrrs’ and the ‘oohs’ and the ‘aahs’. It feels as if the English they speak is a dessert, the way it flows out of their lips is exactly how sweet caramel cream melts on your tongue. Italians and Greek speak it with a lot of passion and emphasis on every word. The hand gestures of course are a treat to watch. Australians and Scandinavians speak it like it is their mother tongue. Effortlessly. South Asians can’t help but give away hints of their own native accents. The British and American marvel how well the rest of the nationalities speaks a language that they thought was native only to them. Whether I was at work or outside, at any given time, I could hear multiple languages being spoken all around me and it all sounded like complete gibberish. French was the only foreign language that sounded a wee bit familiar owing to the 2 years I spent studying it in Lahore. It enabled me to read signs, product labels, make reservations, ask for directions, read menus and differentiate between pork and chicken.

Chalets, Chimneys, the Alps, Lakes are a sight of every single day. At first you marvel at it and with time you start getting used to it. So much so, that the city-scape back home starts to seem dull and without character. The rumors, however, are true. Switzerland really is heaven on earth. People who say they have seen Switzerland because they’ve been to Geneva or Zurich have no idea what they’re talking about. The real Switzerland is Appenzell, Gruyere, Zermatt, Verbier and the countless villages, towns by the lakes and valleys amidst the Alps. These are few of the most serene places on earth. The grass is the greenest green I have ever seen. The sky is the bluest blue. The clouds are the whitest white and the soft breeze is the freshest fresh. I took several walks and countless trails up and down the hills around Vevey, Montreaux, Gruyere, Zermatt and Interlaken. The one thing that I will never forget is the peaceful quiet that exists on these trails. It ranges from peaceful silence to overwhelming views. Up in the Alps the only sight you see and the only sound you hear is the rustling of the pine trees with the wind. With an occasional cowbell in the distance. Time stops up there and nothing else matters. There’s just you and breathtaking landscape God has created.Winter is magical. Switzerland transforms from a fresh, lush green field with pine trees to a pure white magical land. Everything gets covered under the clean white cover of snow. The hills that looked friendly and welcoming in summer becomes cold and scary in winter. The pine trees look as if they’ve put on new clothes for an all-dressed-in-white party. The lake changes color too. It turns grey under the grey sky and looks exactly like a clear mirror.

Cheese, Wine and Bread are staples. Mulled wine (hot, almost boiling) wine in winters is popular. The food mostly in Switzerland is either boiled, steamed or grilled. Beef is always rare

and chewy. Bread is always cold, untoasted and hard. Meals are almost always bland with no spices, to a Pakistanis dismay. I longed for some spice in my food – bits of zeera in my rice, garam masala in my minced meat and tarka in my lentils, a warm toast of bread,  but it is nearly impossible to find it. Swiss food is awful. Swiss cheese, however, is another story altogether. It is the best in the world. Raclettes and Fondues are eaten as a complete meal at dinner. It’s basically a pot full of melted cheese with cold bread and boiled potatoes. Yes. That’s it. Just a pot of melted cheese for dinner. I can’t really blame the waitress at Les Trois Sifflets (a popular fondue place in Vevey) when she was completely shocked when I ordered a beef steak with the cheese fondue. She thought I wouldn’t be able to finish all of it. She obviously didn’t know I am Punjabi and we don’t eat just bowls of melted cheese for dinner in my part of the world. Surely that is only meant to be an appetizer.

To satisfy my craving for Pakistani food, sometimes I frequented Indian restaurants that were my closest bet. To my disappointment they were all overpriced (well, everything in Switzerland is overpriced), and nothing close to the real Indian/Pakistani cuisine. Obvious tourist traps. I found some solace in shaan masalas, desi spices and Indian ready to eat meals from a small Indian shop. That tiny shop on Avenue Nestle saved me from all the bland Swiss food and I eventually learnt to cook my own meals at home.

Italian food, however, is something I can write a book about. It’s amazing how with such minimal ingredients they make food that has amazing flavor. Give an Italian some dough, cheese and tomato and he will make you the most delicious pizza in the world. Give him flour, water and mushrooms and he will make you the best pasta you have ever taste.  A friend very rightly said to me, “Congratulations. You have screwed up your taste buds forever. Pasta and pizza will never be the same for you again.” She was right. 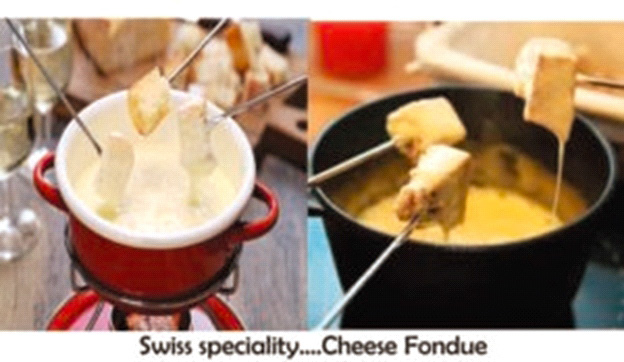 Every morning I would dutifully wake upend look out the window to see what the weather was like, check the weather forecast on my phone for the rest of the day and then decide accordingly if I need to carry an umbrella with me or not. Yes, one tends to start their day like this living amidst the unpredictable European weather, especially when one has to walk  everyday.

As I would take my daily 15 minute walk from my apartment to the Nestle HQ on Avenue Nestle – yes, there is a street named after Nestle in Vevey – I would smell the freshly baked breads, croissants and the freshly brewed coffee. It was the most delicious scent to breathe in during that walk. I have smelled coffee in cafes in Pakistan – but the soft delicious fragrance on that road coming from the roadside bakeries and cafes was something else. I knew I was eating too many french desserts, Italian tiramisus and Swiss sweets – so I would carefully avoid visiting the patisserie. One day I decided to give in to the temptation and give the corner baker’s shop a visit. I walked in and saw a display of atleast 15 different breads and croissants, and a french woman who was not as warm as the goodies in her shop.“Oui, mademoiselle?” she seemed impatient as she caught me breathing in the scent of her shop.

The goodies tasted as good as they smelled. From that day on I made it a point to stop by and indulge every now and then. I soon discovered several areas across Europe that had distinct scents dominating the air. The scent of tulips dominated The Netherlands. In Netherlands I discovered that not all tulips have a scent. As beautiful as they look they have a very faint “green” smell, which comes mostly from their leaves. The flowers that do smell great are Lavenders. When I visited Grasse – the perfume capital of the world – and the beautiful lavender fields that surround the entire Provence region – I fell in love with the newly discovered fragrance. Travel deeper into the cities of Nice and Cannes and the Saturday markets in these towns sell the most tempting assortment of goods made from fresh lavender harvest. Lavender soaps, candles and even honey. I felt that they were expensive tourist traps but now as I pack for home, I regret not buying some. Luckily I did bring back some perfumed soaps, candles and bags from Fragonard – the biggest perfumeries in the town of Grasse. 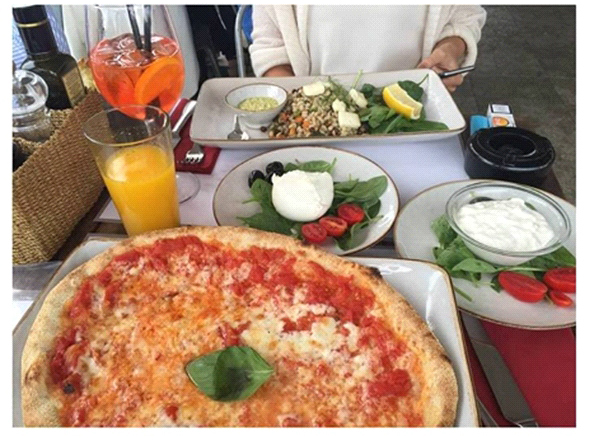 Europe can be as clean as a whistle and as dirty as a gandanaala. I was shocked to see how dirty the Paris subways were. I carefully avoided leaning against the walls or sitting on the stairs in fear of catching infections. On the other hand Switzerland is picture perfect clean. It is like a picture out of a storybook. In my own country I would dare not use public toilets, stay carefully away from seats and benches in public places, feel uncomfortable sitting on a taxi seat that has stains on it – one the contrary never did I ever see any sign of dirt or stain anywhere in this country. It’s so clean you can eat off the floor.  Another friend who had lived here before me told me how bread would go bad in a day if left outside as opposed to the bread back home that stays put for almost a week.  He was right. As I was being driven back home after my last dinner in Vevey with friends, another friend remarked about how fake Switzerland was. It was so perfect that it didn’t even seem real after a while. “Our countries are not perfect like this. The rest of the world is not perfect like this.”  It left me wondering how it is possible that one part of this world is so flawless while others so imperfect. It is something I will probably never understand.

These few months in this small quiet town by Lake Geneva have changed me profoundly. For the better, I hope. Amongst the many things I have learnt about myself, one thing I know for sure-  I am coming back here again one day.

( This blog was originally drafted by my younger daughter HYRA who had the opportunity to stay in Switzerland for few months .)