Beirut is a City of Baffling Contradictions

Beirut is a City of Baffling Contradictions

A few year back I received a telephone call from the office of Pakistan Football federation, Secretary general of PFF  was on  line who informed  that my name has been finalized to head the National football  team contingent. Pakistan national football team  was placed in group 3 of Fifa world cup Asian qualifying round league  matches to be played  between Pakistan, Lebanon, Sri Lanka and Thailand. The venue of first round matches  was Beirut while return matches amongst these 4 teams were scheduled to be played later on  at Bangkok. Next morning I travelled to Lahore for a meeting with the officials of (PFF)Pakistan Football federation. The secretary general of PFF introduced me with  team officials. Amongst other   Mr. John ( a British national) had to accompany the  team of 18 players  as national coach with an assistant coach, one doctor, one journalist and me as Chef de Mission. As per schedule we flew from Karachi on 11th may in the  morning. It was a sunny day and for the first time I was travelling in business class…Really more comfortable  and respectable place to travel. When you fly business class you know that it is not going to be cheap, but that is no problem at all because flying in that class means that you are going to get great service, great food, great drinks and also great comfort.

After  a long journey  we landed at Beirut air port by evening. A  Few officials of Lebanon Football federation were there to receive us. The host had arranged one coaster bus to  carry players to hotel while for me there was a chuffer driven Mercedes  car. Within less than an  hour we reached SUN RISE hotel where we had to stay for next few days.  The hotel’s modern, elegant and fashionable rooms come with a warm bathtub and a panoramic sea view. In addition to a personal lavatory which has a bathe and hairdryer, further in-room services include a direct dial telephone, satellite/cable TV and Internet access, as nicely as a minibar and a double or king-size bed. Air conditioning and heating units, a security credit score box and a balcony or terrace were similarly popular features.  This hotel enjoys a quiet location next to Casino Du Liban and is 5 minutes’ drive from Jounieh city centre and the beach. 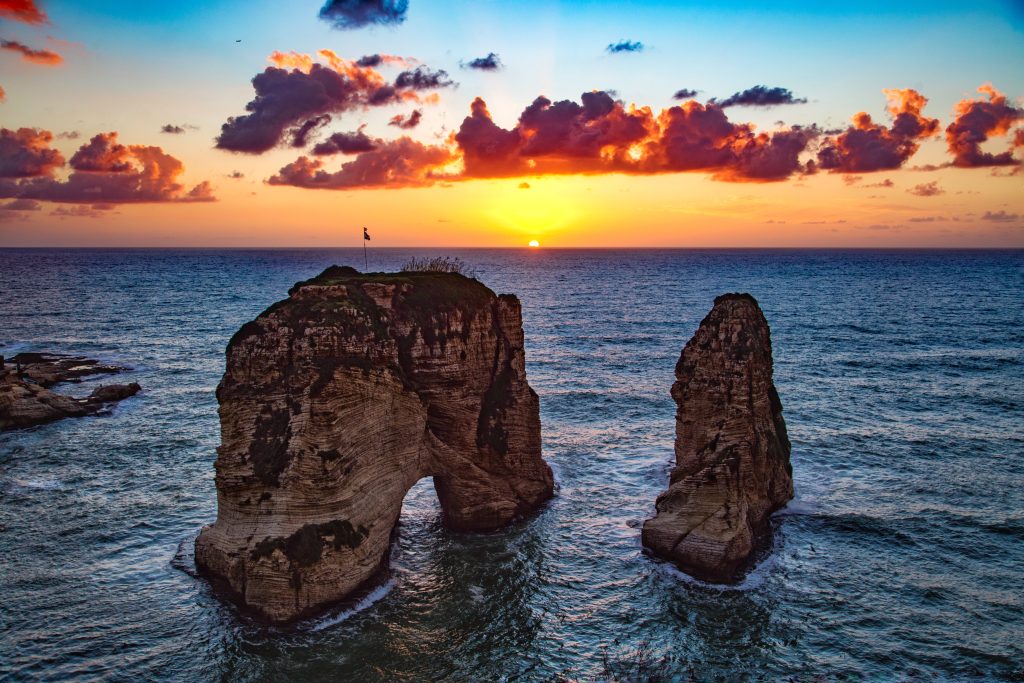 Beirut is a unique location where you can discover a nightclub subsequent to a mosque, a bombed-out constructing subsequent to a Chanel boutique, a place where Christianity and Islam sit down together facet through side and share a bowl of hummus. I was lost in thinking of discrimination amongst economy and business class passenger, suddenly someone knocked my door….A  smart young boy standing outside room introduced himself as Bassam za,za.He told me that he will remain with my team as a liaison officer to maintain relationship and facilitate communication and coordinate activities . After having breakfast , We both went to Pakistani Embassy in which I had to record of our arrival. After spending hardly 25 mins there, we deliberate to go to Beirut city. First of all Mr.Bassam took me to al-shatila refugees camp. According to Mr. Bassam The PLO moved its number one base of operations to Beirut within the early 1970s, after Black September in Jordan. The presence of Palestinian forces was one of the main motives that brought about a Christian-Muslim war in Lebanon in 1975–1976 which ended with the occupation of Lebanon by using peace-maintaining forces from numerous Arab countries along with Syria. Bassam  Palestinians inside the Sabra and Shatila camps. 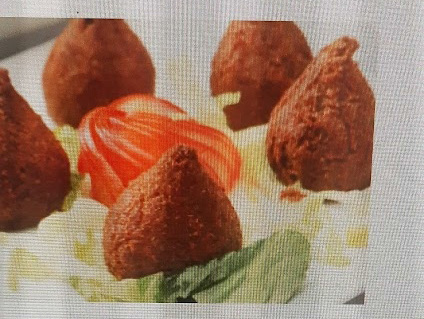 The Israeli Army invaded southern Lebanon with the aid of land, sea and air in an attack aimed toward destroying the primary navy bases of the Palestine Liberation Organization. He in addition informed me that More than 250 Israeli tanks and armored carriers, as well as hundreds of infantrymen, rolled past the remark posts of the United Nations peacekeeping troops in southern Lebanon and fanned out throughout the frontierThe Lebanese guerrilla group Hezbollah surprised Israel with a bold day light assault across the bordertold me that the Phalangist militia killed hundreds of,leading to fighting in which two Israeli soldiers were arrested and at least eight killed.

As homosexuality is still illegal in Lebanon, locations are careful no longer to market it themselves as being openly “gay bars“, preferring “homosexual friendly” instead, so as to prevent having any troubles with the police. These are the primary gay pleasant bars in Beirut which might be thriving in spite of the anti-gay laws:

Mr. Bassam informed me, Back in 1965, it wasn’t hard to make Beirut look good. Lebanon’s capital turned into a playground for the jet set, visited by film stars and millionaires alike, counting Brigitte Bardot and Peter O’Toole as everyday visitors. The Beirut harbor become host to the Queen Elizabeth II cruise deliver and the U.S. Sixth Fleet could anchor and ship its sailors ashore for a week of riotous leave. It became now not the form of town whose safety ranges you’d expect to discover being debated in today’s online tour forums. As I had no in addition temperament to listen unhappy occasions of war, I determined to head again to my room. That night  I couldn’t sleep. 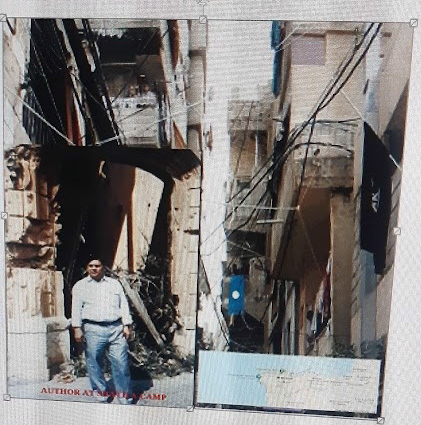 Situated on the eastern coast of the Mediterranean Sea, Lebanon has a place of 4,015 rectangular miles (10,400 rectangular kilometers), about three-fourths the dimensions of the state of Connecticut. The Lebanon Mountains are rugged. East of the Lebanon Mountains is the Bekaa Valley, an extremely fertile flatland. At the eastern flank of the Bekaa stands Mount Hermon, straddling the border with Syria. Lebanon consists of few rivers, and its harbors are broadly speaking shallow and small, with polluted coastal waters. Lebanon has an incredibly numerous climate. Less than 30% of Lebanon’s total vicinity can support crop production. Expansion of cultivated areas is limited via the arid and rugged nature of the land. 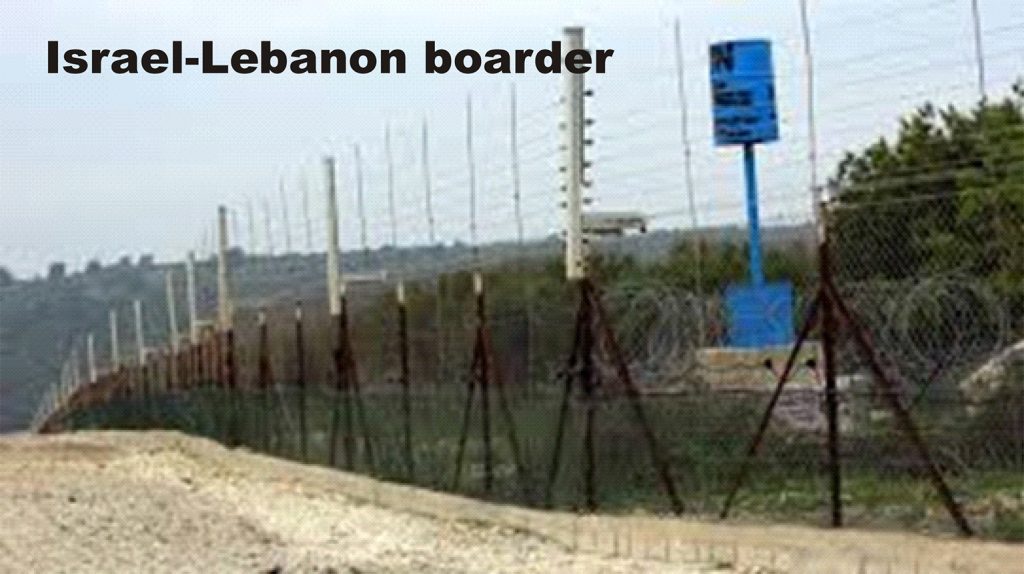 Lebanese cuisine is a Levantine style of cooking that includes an abundance of general grains, fruits, vegetables, starches, glowing fish and seafood; animal fat are ate up sparingly. Poultry is eaten extra often than pink meat, and when crimson meat is eaten, it is commonly lamb on the coast, and goat meat in the hilly regions. It moreover includes copious quantities of garlic and olive oil, frequently pro through lemon juice. Well seemed savoury dishes encompass baba ghanouj, a dip made of char-roasted eggplant,falafel,small deep fried patties made of notably spiced ground chickpeas,fava beans,or a combination of the two;ghanouj,a dip of char-grilled eggplant;falafel,small fried patties made  and shawarma, a sandwich with marinated meat skewered and cooked on big rods. An essential thing of many Lebanese meals is hummus, a dip or unfold fabricated from blended chickpeas, sesame tahini, lemon juice, and garlic, generally eaten with pita bread. A properly recognized dessert is baklava, which is made from layered filo pastry stuffed with nuts and steeped in date syrup or honey. Some cakes are especially prepared on extraordinary occasions: the meghli, for instance, is served to rejoice a new infant infant in the family. Lebanon’s National Dish is asking your name, tempting you to crunch into its crazy scrumptious fried exterior to let the ones sautéed pine nuts and highly spiced minced meat waken up your tongue. Yum! Make them at home. Kibbeh consists of a dough manufactured from meat, bulgur (cracked wheat), onions and mint leaves, fashioned into soccer shaped croquettes, and stuffed with more meat, onions, pine nuts and Middle Eastern spices. They are then deep fried to perfection so they’re crisp on the out of doors and gentle inside.

At about 10.00PM I reached back in hotel, very tired and exhausted. Now it was time to start packing back of my luggage as we had to take our flight early in the morning. That night again I could not sleep..I was thinking about my elder daughter WARDA whose engagement with a Pak Navy officer was yet to decide. Making long story short, trip to Lebanon was a wonderful experience…I was able to talk to Palestinian refugees, Syrian soldiers, people from Christian community and various officials of Lebanon Football federation who had  hosted a dinner in our honor at final day of matches.  What’s superb about Lebanon is the multiculturalism that thrives in this sort of geographically limited country. In Lebanon, you may dive into the eastern tradition with its exciting traditions and precise customs in one place, after which head to a different region and enjoy a Euro-American manner of life. To cut short I might dare to say : The Beirut that I am leaving has retained all those wonderful characteristics that so impressed me after I first encountered this stunning country; a talented, cosmopolitan, and energetic human beings; a active and loose media;  appreciate for diversity; and deep democratic traditions. From North to South, snickering, conversations, espresso, all bistros are the gathering purpose of Lebanese holding back to talk about governmental issues. All discussions depend on that, no other nation on the planet are included that much with legislative issues: All Lebanese smarty pants, and each one’s conclusion is the best.

I dedicate this blog to Albanian Muslims who saved lives of several hundred Jews during 2nd world war.

One thought on “Beirut is a City of Baffling Contradictions”