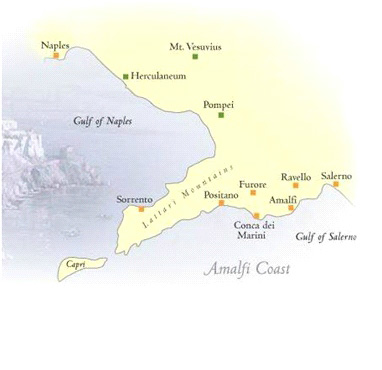 so much to say about The Amalfi Coast in Italy. Here is an account of an unforgettable 5 days spent on the gorgeous Southern coast of Italy.

The amazing terrace of pastel and white houses dot the majestic cliffs of Positano on the southern coast of Italy – better known to the world as the Amalfi coast. 40.6 degrees North and 14.4 degrees East, this part of Italy is home to the most breathtaking views of the sea, cliffs and sunsets.

The amazing terrace of pastel and white houses dot the majestic cliffs of Positano on the southern coast of Italy – better known to the world as the Amalfi coast. 40.6 degrees North and 14.4 degrees East, this part of Italy is home to the most breathtaking views of the sea, cliffs and sunsets.Amalfi coast will always remain very close to my heart. The coast is dotted with many small towns and fishing villages. Pebbled beaches emerge from under the royal blue Mediterranean Sea and tower up into dramatic rocky cliffs high up in the soft blue sky. Since the time of the ancient Roman Empire, villages with narrow streets have been carved into the high-rise cliffs. These narrow streets are cobblestoned and are sprinkled with high end boutiques selling designer wear, small cafes, bars and restaurants serving some of the best cuisines of the world. However, after checking into my hostel, I headed straight to the receptionist to ask her where I could interact with the locals and have a cozy, authentic Italian dinner.

Travelling to the Amalfi coast had turned out to be more expensive than I had expected but I did not have an ounce of regret. This was a trip worth every cent. After months of doing my research on the internet about how to explore the region, I had finally decided to stay in Sorrento and travel to the neighboring towns and islands from there. Sorrento has affordable accommodations and is the most well connected to the rest of the Amalfi coast through buses and ferries. Since the closest airport is in Naples – Sorrento is also conveniently located 1 hour away from Naples by a local train.I took a seat where I had a clear view of the Bay of Naples, the stretch of the sea and the volcano standing tall amidst the golden light dancing around it. I ordered some fresh mussels with homemade spaghetti. Oh my. What a climax it created in my mouth when it touched my tongue. That’s the thing about Italian food. It doesn’t just touch your taste buds; it touches your soul and it touches it the very second you take it in your mouth. I closed my eyes and let out a soft mumble taking in that fraction of a second, that one moment of my life where I was in one of the most beautiful places in the world. I was in Italy.I took in and cherished every single bit of my food and by the time I was finished, I was sated as ever. The sun had set, the golden light had disappeared, and it was dark. I could no longer see into the dark stretch of the sea nor the towering Vesuvius, only the city of Naples on the opposite side of the shore under the mountain, now glittering and sparkling in the night.

Positano was no different. Actually no. It was different. It was even more breathtaking. Positano is more elegant, more alluring. And more crowded as well. Driving from Sorrento to Positano with high mountains on one side and the stretch of blue sparkly sea on the other side, is a feast for the eyes. As one moves towards the town, Positano peaks at you from behind the huge hills, and then the pastel-colored houses appear. One top of the other, stacked on terraces carved on the cliffs. The town is walkable and driving around is not recommended. It is a town to be seen, felt, and heard on foot. Narrow streets, expensive boutiques, vintage shops selling vanilla-colored clothes and ceramics so beautiful that you will not find them anywhere else in the world.The next day spent on the Isle of Capri was no disappointment as well. Capri has been the holiday destination of the rich and wealthy from times of the Roman Empire, when cruel roman emperors like Tiberius vacationed on the island in their private villas. Capri, a volcanic island, chic, exotic and tourist stricken. With the vistas getting more dramatic as you go higher up the island, you come across the typical medieval cobblestone streets and narrow stairways carved out of rock with spectacular villas on both sides. The island is divided into two villages – Capri and AnaCapri. Capri is bigger, more touristy and crowded with a lot of high-end brand shops. AnaCapri is the smaller, slightly quieter part of the island with a lot of souvenir shops, friendly locals and the famous Villa San Michele. 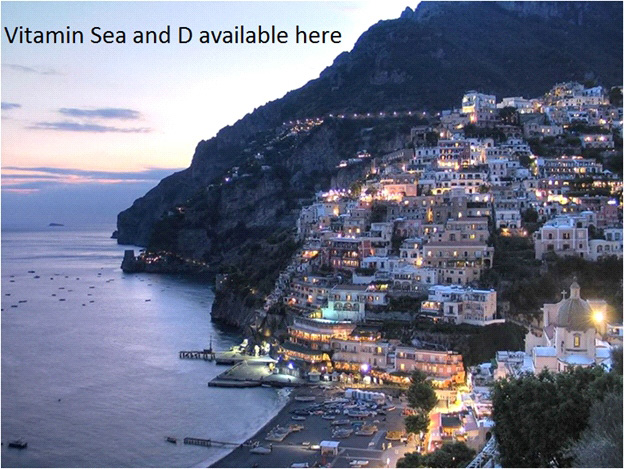 I’m not going to write much about Villa San Michele but if you want to read more about it this link http://villasanmichele.eu/en/ will be helpful.  I can write a separate chapter on the Villa, its history and what it feels like to be there, but I will be doing immense injustice to the place. I will however say one thing. If you ever go to the Amalfi coast, please go Capri. When you go to Capri, please go and visit the Villa San Michele. When you decide to go to the villa, go alone. Experience that places alone in silence. Read about it first and then sit on its terrace next to the Sphynx, stare out at what lies right in front of you. Hear, smell and look at everything that surrounds you. Only then will you feel what I felt and you will come back unable to describe it in words. Only then will you long to go back there like I do. could not afford to stay in a 5-star hotel for 5 nights, hence I chose a hostel dorm which I would share with 5 other person – two Americans, a Russian, German and a Polish woman. Some were alone on a holiday like me, one getting over a divorce and the other looking for an Italian girlfriend. I only came to my dorm at nights to sleep and barely had a conversation with any of them except for a few exchanges of pleasantries.

My hostel was located halfway up the cliff and the receptionist suggested me to go to the beach at the foot of the cliff to a small fishing village for authentic Italian food and some fresh catch of the day (I am referring to fish, and not Italian women). I walked the narrow streets and stairs carved from rocks and reached a pebbled beach just as the sun was setting. Wow. I was speechless and felt a strange calm at the same time. Yes, the sky was blue, and the water was blue, but it was also a soft, yet piercing golden. The crashing waves made music on the pebbled shore. The beach was dotted with some boats and the dockyard had many small restaurants that had just opened service for the night. A few small medieval houses. Fishermen lived here. They sailed into the Mediterranean Sea during the day, caught fish and ran their own restaurants on the beach in the evenings – serving a combination of their fresh catch with the amazing Italian gourmet creations. The seating in all restaurants was outdoors and I chose the one which was the most crowded.

When you’re travelling around the Amalfi coast, the one thing that you immediately notice is that the Mt. Vesuvius is always in view. Whether you’re in Sorrento, Positano, Capri or standing anywhere on the Bay of Naples, Mt. Vesuvius always stands majestically right in front of you – a big triangular structure with a blown-up top. The foot of Mt. Vesuvius is always dotted with the sparkly city of Naples and the top of this volcano is always covered with clouds. The clouds are never completely white. No matter what time of the day it is, the clouds are always a combination of white, golden and purple. The volcano stays. Stands. Majestic. Big. Stares back at you in the lazy days and evenings, reminding you of the havoc it created in Pompeii centuries ago. 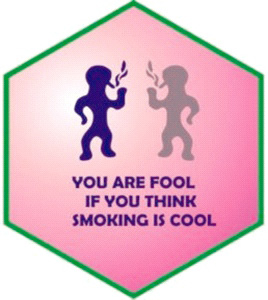 One thought on “The Magical Amalfi”